Now, if I know my Bible, it's the day of the Lord that so cometh like a thief in the night, and we should watch therefore for we know not the hour of his arrival . . . but this week it's been not the Lord, but Satan who's been sneak-sneak-sneaking into my reading!

His first appearance of the week was courtesy of the satirical pen of Wilkie Collins, who turns one portion of the narration of The Moonstone (1868) over to the wonderfully entertaining, pious, and hypocritical Miss Clack. In hopes of saving her dying aunt's immortal soul (and, if it should just happen that way, securing a small monetary legacy for herself), Miss Clack comes loaded for bear--heathen bear, that is:

Here was a golden opportunity! I seized it on the spot. In other words, I instantly opened my bag, and took out the top publication. It proved to be an early edition--only the twenty-fifth of the famous anonymous work (believed to be by precious Miss Bellows), entitled The Serpent at Home. The design of the book--with which the worldly reader may not be acquainted--is to show how the Evil One lies in wait for us in all the most apparently innocent actions of our daily lives. The chapters best adapted to female perusal are "Satan in the Hair Brush"; "Satan behind the Looking Glass"; "Satan under the Tea Table"; "Satan out of the Window"--and many others.

"Give your attention, dear aunt, to this precious book--and you will give me all I ask." With these words, I handed it to her open, at a marked passage--one continuous burst of burning eloquence! Subject: Satan among the Sofa Cushions.

Sadly, like that of Onan, Miss Clack's seed falls on fallow ground: her aunt is not saved, her legacy remains but notional. The Invisible Library, however, is not so hard-hearted: we'll be cataloging this veritable gazetteer of Satanic hideouts as soon as our next shift clocks in!

For his next appearance, Satan chose Uzbekistan. Elif Batuman, in her hilarious new book The Possessed: Adventures with Russian Books and the People Who Read Them, tells about a summer she spent in Samarkand, a city whose glory has faded a smidge since Tamerlane's day. There to study Old Uzbek language and literature, she lived with her boyfriend, Eric, who was pretending to be her husband, in the house of a woman whose actual husband, she was told, was in California studying to be a yogi--a story that was given the lie by his arrival on the scene:

Shiny-headed, with muscular shoulders and a paunch, Sharif indeed projected the impression of someone who had never lived in California, which he thought shared a border with New York.

He may not be a yogi, but Sharif, it turns out, is interested in Satan:

Another statement Sharif liked to repeat was that Satan wasn't outside us, in the world, but within us. "You think Satan is out there" (pointing in the bushes); "but Satan is everywhere--above all, inside us!" (pointing at his stomach).

"He thinks Satan lives there," I told him.

"Tell him!" Sharif urged me. "Tell your husband! Satan is everywhere!"

"He wants me to tell you that Satan is everywhere, including his stomach." All of which sent me back to Zachary Schomburg's strange and impressive new book of poems, Scary, No Scary, which I reviewed for the Quarterly Conversation earlier in the week--and to its handy index, which led me to the dreamlike prose poem "The Darkness and the Light," where I once again found the conniver lurking. After a few lines describing a house that is nothing but light inside and nothing but darkness outside, around which a parade marches noisily, Schomburg's speaker reveals:

There is only one thing that can be seen: Satan. Satan is floating endlessly, tirelessly, a few feet above the ground along the parade route outside of my house, arms crossed across his fiery chest. He looks like he's made of glowing rock, cracking with the pressure of hot gaseous lava. Lava is spilling out of his hollowed eye sockets. His hair is wind-swept wild-fire. The heat that radiates from his body keeps my house very warm. Like a clock, he slowly floats past the front window of my house at noon and midnight. It is how I keep time. It is Satan's job to keep time. It is Satan's job to be the only light in the darkness. Some people think it is Satan's job to make what is wrong with this world, but those people are wrong. It is Satan's job to make us choose between the only two things that are right with it.

And should we choose wrong, well, as Elif Batuman tells us, Old Uzbek has one hundred different words for crying. 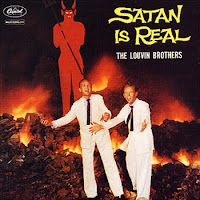