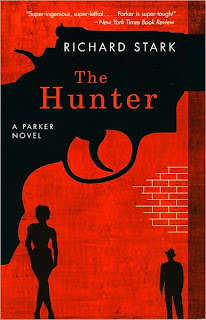 A couple of months ago, I announced that my employer, the University of Chicago Press, was going to reprint the first three of Richard Stark's novels about Parker the heister, The Hunter (1962), The Man with the Getaway Face (1963), and The Outfit (1963). Like any sensible blogger, I generally keep my blogging life and my work life separate, but I was excited enough about the Parker novels to break that rule, in large part because my enthusiastic praise for the books had been what led our paperback editor to look at them in the first place. 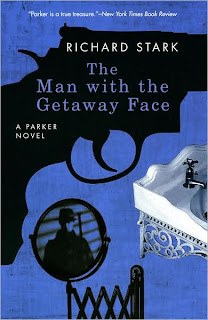 Now they're here, with new cover illustrations and designs by David Drummond, looking as sharp and mean as the words inside. If you haven't yet made Parker's acquaintance, there couldn't be a better time--and you don't have to take my word for it: Luc Sante, John Banville, Terry Teachout, and Ed Park will all vouch for the villain. You can also go here to read an interview that a coworker and I recently conducted with Stark, under his real name of Donald Westlake.

If all goes right, next season will bring the next three in the series: The Mourner, The Jugger, and The Score, the last of which is one of my favorites, both for the ingeniousness of the heist and because it introduces Parker's associate Alan Grofield, who would go on to star in a handful of books of his own, including Lemons Never Lie, which, in a recent edition from Hard Case Crime, introduced me to Stark. 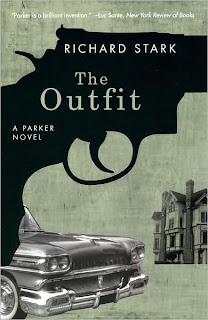 I hope you enjoy Stark's dramatic, tightly plotted, well-crafted little amorality tales as much as I do. You can blow through all three in a weekend--but don't be surprised if you find yourself looking at your city just a bit differently come Monday. As you head out on your usual route to work or the store, for the first time you'll find your eye drawn to service entrances and side doors, Brinks trucks and window bars, inattentive security guards and indolent clerks . . . and what about that hard-looking man in the pea coat who seems to be casting his gaze ever so casually at the very same thing?
Posted by Levi Stahl at 7:03 PM