I'm grateful to the Overlook Press for publishing a complete set of P. G. Wodehouse not merely because my growing collection of hardcovers look lovely on my shelves, but also because it means some of the less well-known books are regularly brought to my bookstore browsing attention. This week, what caught my eye was the memoir (of sorts) that Wodehouse published in 1956, Over Seventy.

You need not have read Robert McCrum's biography to realize that Wodehouse was not likely to reveal himself to any significant degree on the page, and that is the case: the book, structured as a response to some questions about his life and work put by an American magazine, is mostly a series of extended comic riffs on various subjects. As you read it, you feel sort of like you're dipping in and out of various of his novels--there's an exchange between two American heavies here, a discussion of the pains of the musical theater there. Some bits are less that wholly successful, with the air of the after-dinner speech hanging about them, but most work, and the book offers many pleasures.

Unexpectedly, amid the comedy we here and there get a glimpse of what seems to be genuine feeling. The following bit, though presented in the same light tone as the rest of the book's material, feels honest, and, by the time the last line arrives, even poignant:


I am a mass of diffidence and I-wonder-if-this-is-going-to-be-all-right-ness, and I envy those tough authors, square-jawed and spitting out of the side of their mouths, who are perfectly sure, everytime they start a new book, that it will be a masterpiece. My own attitude resembles that of Bill, my foxhound, when he brings a decaying bone into the dining-room at lunch-time.

"Will this one go?" he seems to be saying, as he eyes us anxiously. "Will my public consider this bone the sort of bone they have been led to expect from me, or will there be a sense of disappointment and the verdict that William is slipping?"

As a matter of fact, each of Bill's bones is just as dynamic and compelling as the last one, and he has nothing to fear at the bar of critical opinion, but with each new book of mine I have, as I say, always that feeling that this time I have picked a lemon in the garden of literature. A good thing, really, I suppose. Keeps one up on one's toes and makes one write every sentence ten times. Or in many cases twenty times. My books may not be the sort of books the cognoscenti feel justified in blowing the 12s. 6d. on, but I do work at them. When in due course Charon ferries me across the Styx and everyone is telling everyone else what a rotten writer I was, I hope at least one voice will be heard piping up, "But he did take trouble."

Were Wodehouse with us today, I would reassure him that Charon--who, having held the same job for eternity, with no suggestions heard from any quarter of slacking, or that another ferryman could perform its duties with more vim, appreciates, one assumes, hard work and craftsmanship--surely has whiled away one of the long, dark nights of the soul (the only kind on offer down there) with a story or two of Bertie and Jeeves. He might even tip his cap at the Master as he disembarks.
Posted by Levi Stahl at 1:36 PM 3 comments: 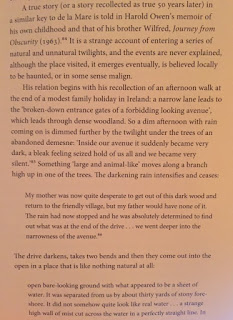 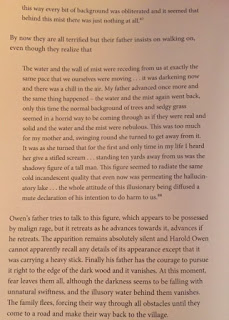 Hie thee to your campsites and fields and wildest parks sometime this summer, folks. Watch the buzzing dragonflies at dinner give way to the dramatic swirl of the swallows, then the awkward swoop-drop-recovery of the bats, and the sleek stealth of the nighthawk. Watch the light fade, and see what it reveals.
Posted by Levi Stahl at 9:28 PM No comments: