"Methinks it cannot be clean to go so many bodies into the same water," or, Looking after the Codpiece Oeconomy 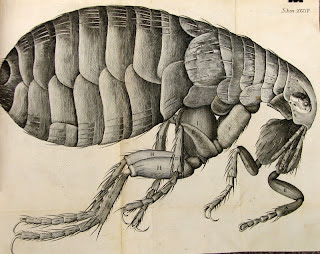 Is it a mark of shallowness that I never feel the difference between modern life and the past more clearly than when I am reminded that for most of human history people weren't able to take showers? Sure, baths have their virtues--though they, too, were so rare as to be almost nonexistent for most of history--but there are few things quite so satisfying as a hot shower. I think of my post-marathon showers, when I can feel the salt encrusted on my skin give way beneath the water; or the shower in high school that followed a day's work cutting horseweeds out of young beans, with not a hint of shade in sight; or the shower that cleansed the stench of cream cheese and cheap ham that lingered after a shift at Bruegger's Bagel Bakery during college. Oh, how lucky we are!

Those in the seventeenth and eighteenth centuries weren't nearly so fortunate, as Emily Cockayne reminds us in her spectacularly rich Hubbub: Filth, Noise, and Stench in England (2007)


Washing routines were so unexceptional that they are usually ignored in contemporary diaries, autobiographies, and letters. Consequently it is difficult to be sure how people washed in the period. . . . Samuel Pepys rarely mentions washing himself, and for him cleansing did not need to involve water--on 5 September 1662 he records "rubbed myself clean." It is unlikely that soap featured much in the cleansing routine. Made from rancid fats and alkaline matter such as ashes, most cakes of soap would have been quite greasy and would have irritated the skin. . . . Some authors did extol the virtues of a wet wash. . . . At the age of thirty-three John Evelyn began "a Course of yearly washing my head with Warme Water, mingl'd with a decoction of sweete herbs, & immediately with cold spring water." This "much refreshed" him.

In line with other physicians Joseph Browne thought that many conditions were improved with cold bathing, which could cure scrofula, rickets, venereal diseases and "weakness of Erection, and a general disorder of the whole Codpiece Oeconomy." . . . Chimney sweeps were besooted from head to toe and known as part of the 'black Fraternity." "I would not recommend my Friend to breed his son to this Trade," remarked Mr. Campbell in 1747, adding, "I think this Branch is chiefly occupied by unhappy Parish Children. Sweeps effectively acted as the chimney brush--their clothes were tattered on the way up the chimney and their skin endured grazes, burns, and scratches. Soot, a carcinogenic substance, would not have washed readily from skin. Millers were prone to lice, which fed off pockets of flour held in folds of skin. Grocer's itch was a condition caused by handling flour or sugar. . . . Jonas Hanaway reported that some sweep masters washed their apprentices annually.


Cockayne continues by citing Lord Chesterfield, which sent me back to his letters to his son for a more full statement of his position on cleanliness. As usual with Chesterfield, I wasn't disappointed:


In your person you must be accurately clean; and your teeth,hands, and nails, should be superlatively so; a dirty mouth has real ill consequences to the owner, for it infallibly causes the decay, as well as the intolerable pain of the teeth, and it is very offensive to his acquaintance, for it will most inevitably stink. I insist, therefore, that you wash your teeth the first thing you do every morning, with a soft sponge and swarm water, for four or five minutes; and then wash your mouth five or six times. Mouton, whom I desire you will send for upon your arrival at Paris, will give you an opiate, and a liquor to be used sometimes. Nothing looks more ordinary, vulgar, and illiberal, than dirty hands, and ugly, uneven, and ragged nails: I do not suspect you of that shocking, awkward trick, of biting yours; but that is not enough: you must keep the ends of them smooth and clean, not tipped with black, as the ordinary people's always are. The ends of your nails should be small segments of circles, which, by a very little care in the cutting, they are very easily brought to; every time that you wipe your hands, rub the skin round your nails backward, that it may not grow up, and shorten your nails too much. The cleanliness of the rest of your person, which, by the way, will conduce greatly to your health, I refer from time to time to the bagnio. My mentioning these particulars arises (I freely own) from some suspicion that the hints are not unnecessary; for, when you were a schoolboy, you were slovenly and dirty above your fellows. I must add another caution, which is that upon no account whatever, you put your fingers, as too many people are apt to do, in your nose or ears. It is the most shocking, nasty, vulgar rudeness, that can be offered to company; it disgusts one, it turns one's stomach; and, for my own part, I would much rather know that a man's fingers were actually in his breech, than see them in his nose.


Since she started me on this topic, it seems only fair to let Cockayne have the last word, which is not completely foreign to those of us who spend our summers swimming in Lake Michigan--though, again, our sufferings pale in comparison to those of the early moderns:


Despite the pollution Londoners used the Thames for bathing. John Evelyn noted that even when they bathed in water "some Miles distance from the City," they still became coated in a "thin Web, or pellicule of dust" gathered from the clouds of city smoke by falling rain.