"She paints the man who gave her his all as the devil incarnate." 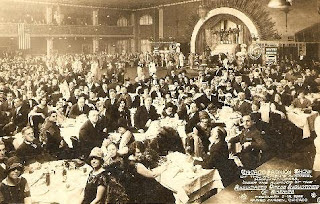 "You can't convict a woman--a good-looking woman--of killing a man." . . . He spoke, thoughtfully:

"The promiscuous killing of men by women should be stopped--but it can't be done without the assistance of juries."

That's Cook County prosecutor Lloyd Heth speaking in the late summer of 1921 about Mrs. Cora Isabelle Orthwein, whom he'd just failed to convict of murdering her brutal drunk of a lover, Goodyear exec Herbert Ziegler. The sordid story is just one of many in Michael Lesy's Murder City: The Bloody History of Chicago in the 1920s (2007), which I've been slowly making my way through since it was published a year ago.

Despite my enjoyment and appreciation of his work, Lesy's not a writer I can read at length: when I read more than a chapter or two at a time, his highly affected, choppy, hardboiled deadpan can begin to wear, making me less tolerant of the occasional passage where it doesn't quite work:

Sackcloth and ashes might have been a useful costume for Cora to have worn when she appeared, under guard, at Coroner Hoffman's inquest. The pleasure produced by the misfortunes of privileged people--who turn out to be as foolish, helpless, and sad as everyone else--guaranteed that whatever Cora did and didn't do, said and didn't say at the inquest would be closely watched.

But consumed in the proper dosages, Lesy's accounts of the seedy nexus of casual violence, newspaper sensationalism, and the ravages of love and liquor in a gangsters' paradise can rise above their inherent voyeurism and take on the force of tragedy. His tales are at their best when they draw most heavily on firsthand testimony; hearing the story in the voices of the time renders it both more strange and more intimate. 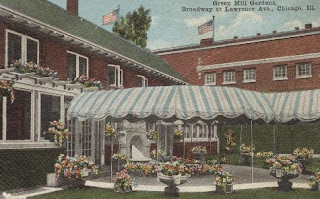 The story of Mr. Ziegler and Mrs. Orthwein alone offers plenty of examples. The doomed philanderer, who spent the first half of the last night of his life pickling himself at the Rainbo Gardens, was said by a waiter at the nearby Green Mill to be full of extravagant nervous energy when he arrived there later, so wild that he danced without a partner:

Mr. Ziegler danced alone near his table; he danced the shimmy alone.

Meanwhile, Mrs. Orthweig was doing some drinking of her own, after fleeing Ziegler for her apartment:

I drank gin 'til I could drink no more. It fired me, inflamed me, made me crazy. I didn't know what I was doing.

And from the police report, Lesy plucks Mrs. Orthwein's first statement on being discovered near the body:

Police found Cora, sitting on the bench of her baby grand piano, eyes closed, swaying from side to side. "I shot him," she said. Her clothes were bloody. "I loved him and I killed him. It was all I could do."

Even the words of the press can be similarly evocative, as in this summation from one of the Tribune's stories:

Booze and a woman's kisses, the swift nightlife of old, persisted-in despite the law's edicts, open brawling, gin rickeys splashed in the faces of angry quarrelers . . . .

Though Lesy eschews the more clinical approach taken by William Roughead in his classic accounts of sensational Scottish murders, the effect is not dissimilar: to bring these acts of violence close to us and remind us that, regardless of how passing strange these people may still seem, ultimately the distance between their fates and ours can be as narrow as a knife blade--and that what we on a good day ascribe to personal strength and innate rectitude can sometimes, at the end of a long, lonely winter's night, feel a lot more like the sheer luck of the draw.
Posted by Levi Stahl at 10:40 PM