Praying to Aunt Julia, and hating "that little pimp Connolly" 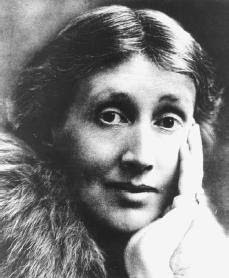 I have to rush off soon to a traditional Groundhogs' Day party, but I've got just enough time to share some more bits from Virginia Woolf's brief life of her great-aunt Julia Margaret Cameron that is collected in The Platform of Time. The lover of letters in me particularly enjoys this section comes from before Cameron's discovery of photography at age fifty, when she was still casting about for some way to capture her many energies:

Woolf does lament the sheer quantity of letters the Victorians wrote, her exhaustion from reading countless volumes them leading her to argue that "the Victorian age killed the art of letter writing with kindness."

However, Woolf also offers us a memorable glimpse of an artsy and eccentric alternative to the remarkably sturdy stereotype of tightly buttoned Victorians:

Mrs Cameron was extremely outspoken. She could be highly despotic. "If ever you fall into temptation," she said to a cousin, "down on your kneed and think of Aunt Julia." She was caustic and candid of tongue. She chased Tennyson into his tower vociferating "Coward! Coward!" and thus forced him to be vaccinated. She had her hates as well as her loves, and alternated in spirits "between the seventh heaven and the bottomless pit." There were visitors who found her company agitating, so odd and bold were her methods of conversation, while the variety and brilliance of the society she collected round her caused a certain "poor Miss Stephen" to lament: "Is there nobody commonplace?" as she saw Jowett's four young men drinking brandy and water, heard Tennyson reciting "Maud," while Mr Cameron wearing a coned hat, a veil, and several coats paced the lawn which his wife in a fit of enthusiasm had created during the night.

Woolf wasn't born until a three years after Cameron's death, so the "Miss Stephen" in question was not her, though she was undoubtedly a relative.

The effervescent madness of that scene reminds me of--and gives me an excuse to share, Woolf's casually brilliant slagging of Cyril Connolly. In a 1985 review of Connolly's journals, Anthony Powell quotes Connolly as saying that Woolf, though skilled, wasn't really a novelist because

Her characters are lifeless anatomical slices, conceived all in the same mood, unreal creatures of genteel despair. . . . From this same misty backwater of the stream of consciousness she fills up all her puppets through a hole in their heads.

Powell never really got Woolf, so he doesn't point out that Connolly was impressively wrong in his assessment (which I feel duty-bound to do). But, fan as Powell was of feuds and secret loathings, he does make clear that Woolf was more than capable of holding her own in a duel of insults, noting that in one of her letters, she described "that little pimp" Connolly and his wife, Barbara Skelton (the original for Powell's Pamela Flitton) with finely honed viciousness:

A less appetising pair I have never seen out of the Zoo. . . . She has the face of a gollywog and they brought the reek of Chelsea with them.

At this distance from Woolf's era, we recognize the racism of the gollywog, which renders that line unfunny, but the bit about the reek of Chelsea remains superb. If invective that brutal and skilled is common in Woolf's letters, I definitely want to read them--but do I need to read all six volumes? Could it be that when it came to killing with kindness, Woolf knew whereof she spoke?
Posted by Levi Stahl at 7:47 PM