To be read, may I take the liberty to suggest, with a dry gin martini 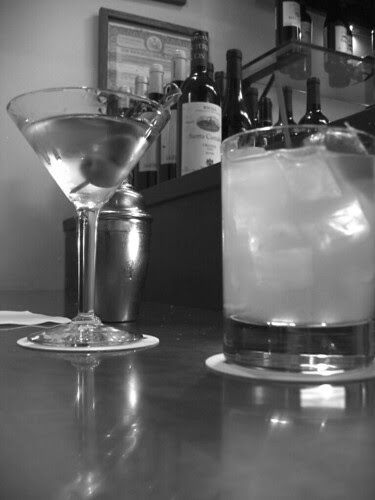 Some offerings from the I've Been Reading Lately bar today: belly up and pick your poison.

1 Having just written about the Amises, I was glad to discover last night in the new issue of Bookforum an article by Alexander Waugh on Kingsley Amis's books on booze . . . of which there are not one, not two, but three! My first reaction was that Amis, a champion tippler (whose monthly bill for Scotch topped £1,000 in the 1970s) and the best writer on drunkenness since Noah first snarfed the grape and rucked up his robes, ought to be a good source for recommendations about drink, but Waugh rightly questions that assumption:

[I]t is worth ruminating for a moment on the question of whether a person who drinks as much as Kingsley Amis did is, or is not, a reliable expert on the subject. You would think that someone who had devoted so much of his life to alcohol would know a thing a two about it—and he certainly did—but are the taste recommendations of alcoholics useful to people who drink only moderately? As an immoderate imbiber myself, I am not the best placed to answer this question, though I cannot imagine that the average two-glasses-of-wine-a-day man is going to think very highly of some of Amis’s recommendations—Bloody Mary with tomato ketchup and no Tabasco, red wine with lemonade, a pint of Guinness mixed with gin and ginger beer (this he erroneously claims to be the invention of my grandfather Evelyn Waugh), Scotch whisky with fried eggs. And who but a committed alcoholic could possibly wish for a glass of the “Tigne Rose,” an Amis cocktail made up of one tot of gin, one tot of whisky, one tot of rum, one tot of vodka, and one tot of brandy? Alcoholics have special cravings that obfuscate, warp, and exaggerate their tastes and, like committed sex maniacs, are often prepared to try almost anything.

The scariest thing about that paragraph for me is that I've encountered—though thank god not tasted—a tomato ketchup Bloody Mary, prepared by Jose, one of the hash-addled South African moving men with whom I shared a horrid travelers' house in north London's Neasden neighborhood in the mid-90s. Not only did Jose seem to have no qualms about making—and heartily quaffing—the aforementioned abomination, he didn't even seem to realize that his concoction was unusual. Thinking of its corn-syrup-thickened redness oozing down his chin still induces a shudder.

When that ineffable compound of depression, sadness (these two are not the same), anxiety, self-hatred, sense of failure and fear for the future begins to steal over you, start telling yourself that what you have is a hangover. You are not sickening for anything, you have not suffered a minor brain lesion, you are not all that bad at your job, your family and friends are not leagued in a conspiracy of barely maintained silence about what a shit you are, you have not come at last to see life as it really is, and there is no use crying over spilt milk.

Even those among us whose deepest appreciation for drink is more notional—even literary—than actual can recognize familiar elements in that description, however much we might prefer to banish them from memory.

3 Since Anthony Powell featured in the discussion of the Amises the other night, I ought to note that Powell, too, is very good when writing on drink and drunks. On the recommendation of Ed at the Dizzies, we've been slowly making our way through the 1997 BBC adaptation of A Dance to the Music of Time, and one of the many surprising pleasures of the film has been the skill at playing drunk evinced by the actor cast as the hopeless alcoholic Charles Stringham; his wide-eyed efforts to effect a hopeless pretense of sobriety on entering a room elicit equal parts sympathetic pain and horrified laughter.

4 At various times in Dance, many of Powell's characters make appearances while deep in their cups. I particularly like this description, from At Lady Molly's (1957), of the extremely minor character Hegarty, who is employed alongside Nick Jenkins as a screenwriter by a dismally shabby film studio:

Hegarty was also in poor form that day. He had been a script-writer most of his grown-up life—burdened by then with three, if not four, wives, to all of whom he was paying alimony—and he possessed, when reasonably sober, an extraordinary facility for constructing film scenarios. That day, he could not have been described as reasonably sober. Groaning, he had sat all the afternoon in the corner of the room facing the wall. We were working on a stage play that had enjoyed a three-weeks West End run twenty or thirty year before, the banality of which had persuaded some director that it would "make a picture." This was the ninth treatment we had produced between us. At last, for the third time in an hour, Hegarty broke out in a cold sweat. He began taking aspirins by the handful. It was agreed to abandon work for the day.

5 In his notebook, which was published in 2001 as A Writer's Notebook, Powell vented a bit, from bitter experience, about film executives:

One of the reasons that films are so bad is that producers assume that a class of picture-goer exists, stupider and slower witted and more vulgar than themselves, which would, of course, be impossible.

Invective is such a pleasure when balanced and properly coiled, concealing until the last the venomous stinger.

6 For a long time, I've vaguely imagined that the drunken Hegarty incorporated characteristics of F. Scott Fitzgerald, whom Powell met while working in Hollywood. Checking the third volume of Powell's autobiography, Faces in My Time (1980), however, I find that the two never actually worked together; in fact, their acquaintance was limited to a single long and amiable lunch. But I did discover the following description of Fitzgerald, which you'll surely agree is timely:

His air could be though a trifle sad, not, as sometimes described at this period, in the least broken-down. When, years later, I came to know Kingsley Amis, his appearance recalled Fitzgerald's to me, a likeness photographs of both confirm.

Powell also describes memorably the tone in which Hollywood figures spoke of Fitzgerald:

It was as if Lazarus, just risen from the dead, were to be looked on as of somewhat doubtful promise as an aspiring scriptwriter.

7 To wrap this up, I'll turn to back to Powell's notebooks, which include plenty of entries touching on drink.

At a party, make up your mind whether you are going to go all out for women, food or drink. You can't have all three.

In quarantine for a hangover.

A wine snob boasts that he has some bottles corked with corks made from Proust's soundproof room.

A rich left-winger who put his trust in Marx and kept his sherry dry.

A bore, who at worst would explain the meaning of life.

Though the final entry, you'll have noticed, didn't explicitly mention alcohol, I included it nonetheless; I find it nearly impossible to imagine the bore reaching his worst state without the timely assistance of strong drink. 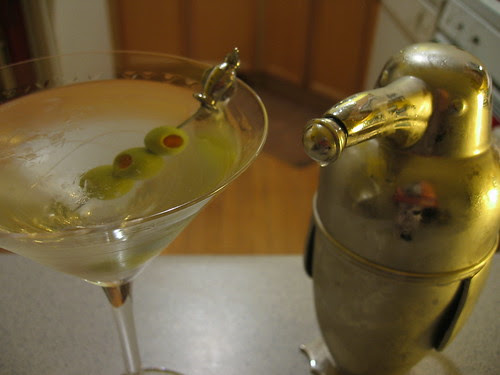