Baby, it's cold outside 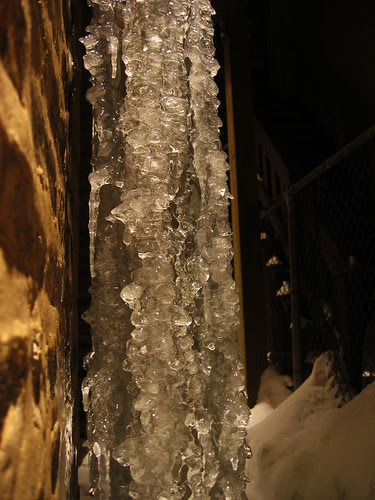 I woke this morning to find Chicago, not unexpectedly, beset by one-degree temperatures and howling winds. I shouldn't be surprised and annoyed anew every winter--this absurdity, after all, is but a small price to pay for the right to swelter gloriously in the brutal humidity of late August, and I should calmly accept its recurrence.

Looking for solidarity, I betook myself to E. B. White's letters, on the assumption that at some point in his decades in Maine he must have sent off a note to a friend in a warmer clime complaining--with his usual balance, pith, and gentle irony--about the winter. Alas, no such letter appears in The Letters of E. B. White. But White did write well about a Maine winter for the New Yorker in 1971, a piece called "The Winter of the Great Snows." I realize that a Chicago winter, however unpleasant, has nothing on a Maine winter, but nevertheless I felt a sense of a burden shared when I read the following passage:

[This winter] has been more a time of simple survival, to see if a man can stay alive in the cold. The snows arrived early, before the ground froze. Storm followed storm, each depositing its load and rousing the plowman in the night. And then the cold set in, steady and hard. The ponds froze, then the saltwater coves and harbors, then the bay itself. As far as I know, the ground, despite the deep cold, remains unfrozen: snow is a buffer against the frost, an almost perfect insulating material. A fellow recently reported driving a stake into a snow bank, and when the point of the stake reached ground level it kept right on going. I haven't tested this. . . . But I would have to have a pretty long stake, so remote is the ground.

Later, White writes about the transformation wrought on his farm by the accumulated snow, especially its effect on the farm's non-human denizens; my favorite detail is this:

On several occasions this winter, we had to shovel a path for the geese, to make it possible for them to get from their pen in the barn to their favorite loitering spot in the barn cellar. Imagine a man's shoveling a path for a goose! So the goose can loiter!

In the course of my search for words on winter, I happened across a couple of other fun passages, which I suppose I might as well share despite their having nothing to do with the subject--it being silly to even consider doing anything so rash as leaving the house today. At one point in my search, frustrated by White, I turned to The Letters of Nancy Mitford and Evelyn Waugh (1996), where I found this hilarious aside from a letter Waugh wrote in December of 1949:

I was too drunk in London to get my hair cut. It is so long it tickles. I can't face going back. What am I to do?

As someone who shaves his head with a razor, the concept of the drunken haircut is a harrowing one.

Finally, I'll close with Lord Byron, writing from Italy in January of 1821:

The weather still so humid and impracticable, that London, in its most oppressive fogs, were a summer-bower to this mist and sirocco, which now has lasted (but with one day's interval), chequered with snow or heavy rain only, since the 30th of December, 1820. It is so far lucky that I have a literary turn;--but it is very tiresome not to be able to stir out, in comfort, on any horse but Pegasus, for so many days.

Thinking about the harshness of Italian winters, I think I can comfortably speak for all Chicagoans today: suck it up, Byron. 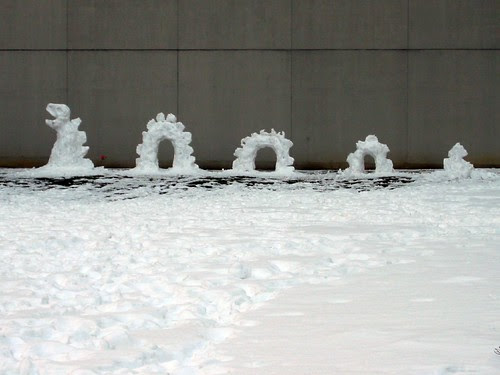