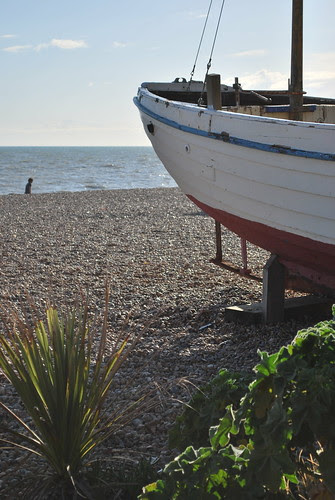 From Un Bel Morir (1989), by Alvaro Mutis, translated into English by Edith Grossman, 1992, collected in The Adventures and Misadventures of Maqroll

The captain began to pace up and down, holding the papers in his hand. He put them back and placed both hands on the desk, leaning slightly toward the Gaviero and staring at him intently. He was wearing a different guayabera, as impeccably white as the first. His Mexican movie star face was impassive. For a moment Maqroll thought he would never speak again, but the rather sharp, uninflected voice disabused him of that idea.

"Well, to begin with, we have some identity problems with you. They aren't the reason you were detained, but they are unsettling. You're traveling with a Cypriot passport. The most recent visa, dated Marseilles, expired a year and a half ago. Earlier ones were obtained in Panama City, Glasgow, and Antwerp. Your stated profession is sailor. Place of birth, unknown. This is not the kind of passport that brings peace of mind to the authorities in a country that is in a state of virtual civil war."

I have spent the weekend under Alvaro Mutis's spell. Some ingredients are familiar from other sources: the demimonde of the world's merchant marine; the shady, half-glimpsed characters in Conrad who gather around Marlowe as he tells another tale; the dirty dealings we'd discover if Signor Ferrari allowed us into the back room at the Blue Parrot; the ever-present ladies, lovely and dark, and their ever-present secrets; all washed with a stately imperturbability reminiscent of Borges. Other components are less familiar: inland seas and towns and rivers and wharves and estuaries that we will never see in reality, whose names-- festooned with diacritics and full of meaning for the multilingual--are redolent with mystery and, more important, distance. In Maqroll's desultory, disastrous adventures, Mutis offers us the drama of Indiana Jones and the splendor of the Arabian Nights--but tarnished by reality, screened through a personality and an odd semi-realism that translates the exoticism of those tales into the ennui of a world that is winding down. As Maqroll explains to a friendly rancher:

Finding a reason to live is what's hard for me, not dying. La Plata seemed the ideal place to call a halt, if only for a while, to the nomadic life I've grown sick of. The bamboo bed in the blind woman's house, the river that flows under my room and helps me forget on those fearful nights when memories crowd around and demand a settling of accounts, the strength and complicity of alcohol in the tavern, my refuge when the struggle with myself becomes too difficult: it's all I ask of a place where nobody knows me and I have no debts to pay. But my guardian devil forces me to start idiotic ventures and get caught up in other people's affairs, to become involved with them and feel I own a small portion of their destiny.

But Maqroll's very enervation energizes the reader. For Maqroll, life has long ceased to have a meaning beyond one's connections to friends and lovers--who, in the face of his best efforts to keep them close, are perpetually being lost to such rivals as distance and death. Yet he continues to plod on nonetheless, driven by inertia and a curiosity, barely acknowledged as such, that continues to seek new experiences and new answers, despite knowing that every time, they will be revealed to be the same as the last, simultaneously dangerous and disappointing.

Rarely able to make his way to the sea, Maqroll finds himself again and again on land, a world-weary innocent embroiled in unlikely and dangerous schemes whose very improbability is a large part of what attracts him--from smuggling Afghan diamonds to operating a high-end whorehouse whose denizens pose as moonlighting stewardesses. Along with his fellow nomads, he is drawn deeper and deeper into a shadow economy that trades in the detritus of the worldwide machine of capitalism; one sip of the doppelganger globalization that Mutis concocts for us in these forgotten wharfside bars would leave a cheerleading jet-setter like Thomas Friedman sunburnt, blind, and muttering to himself, flat on his back in a leaky canoe bobbing alongside a rickety dock somewhere near the headwaters of the River of Doubt. Mutis's brew, of hole-and-corner con men, gun runners, vicious generals, and comely madames, is more bitter, more potent, and, oddly, more convincing that what one can read about in the Economist.

It all began when Maqroll decided to remain in the port of La Plata and postpone indefinitely the continuation of his journey upriver.

As Maqroll trades stories--or guns, or drinks, or lusts--with the flotsam and jetsam of the world's illicit trading centers, we can hear the plash of the gator-rich river around the pylons, the late cries of gulls in the dusk, the barking of a stray dog in the square. The tropical night arrives quickly and silently, and we are carried utterly away.
Posted by Levi Stahl at 9:24 PM