Kafka remains the rage, or, Siding with Spurious 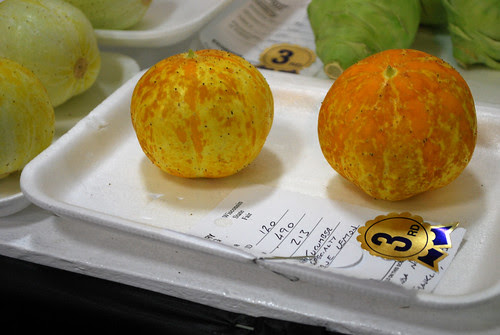 A couple of weeks ago I wrote about my love of Kafka, and of my preference for reading his works as essentially self-contained little worlds, strange and ultimately uninterpretable. To attempt to extract meaning from his fragmentary parables and inwardly spiraling novels, I argued, was in some sense to fail them utterly: they are to be taken whole, swallowed like a pill that, once inside you, spreads out to do its magic in ways you can't quite understand, let alone articulate. To extract their meaning is to extract their life; the carcass that remains is of no interest, and their essential organs can't be transplanted into any other context

Had I been thinking, I would have enlisted Spurious to my cause. I've praised Spurious in these pages before: the crabbed discussions on the exact nature and ramifications of failure, loss of ambition, lassitude, and general impotence in which he's engaged for the past several years with his interlocutor, W., on his blog are one of the true idiosyncratic pleasures of the Internet.

And now they're a book! A novel, perhaps?--it gets filed under fiction if only because no bookstore has a section devoted to Meditations or Grumbles. (Every bookstore should have a section for Rants, however, though Spurious wouldn't really belong there, either: a rant requires energy and the confidence of your convictions, neither of which Spurious would claim.)

Anyway, Spurious is sound, very sound, on Kafka. "Kafka was always our model, we agree. How is it possible that a human being could write like that?" he writes. W. takes it even farther:

For a long time, W. thought he might become Kafka. He was all W. read. Constantly, again and again, everything by him and everything about him, and he speaks lovingly of discovering the brightly coloured Schocken editions of Kafka.

But literary obsession is, like all obsessive loves, ultimately unhealthy:

At the same time, we have Kafka to blame for everything. Our lives each took a wrong turn when we opened The Castle. It was quite fatal: there was literature itself! We were finished. What could we do, simple apes, but exhaust ourselves in imitation? We had been struck by something we could not understand. It was above us, beyond us, and we were not of its order.

Literature softened our brains, says W. --"We should have been doing maths. If we knew maths, we might amount to something. As it is, we'll amount to nothing."

As for the question of interpretation, well, we'll let Spurious and W. opine on Max Brod, blessed (for all his failings) be his name:

Max Brod, so unselfish in his promotion of Kafka, yet so given to a vague and general pathos--to amorphous stirrings wholly alien to the precision of the writing of his friend--has always served as both our warning and our example.

What could he understand of Kafka? Weren't his interpretive books--which did so much to popularise the work of his friend--at every turn, a betrayal of Kafka?

So instead we imbibe, and we try not to overdo it, and to never lose sight of (or be inordinately borne down by) the fact that, as Spurious writes,

We know what genius is, says W. aphoristically, but we know we're not geniuses. It's a gift, he says, but it's also a curse. We can recognise genius in others, but we don't have it ourselves.

Which, obliquely, brings to mind a passage from one of Kafka's letters, sent to Minze Eisner in late 1921:

Are you a little more cheerful than the last time you wrote me and I was truly at a loss how to answer? I often am apt to beat my forehead against such a barrier.

And thus back to Spurious (and Spurious):

The last days! What are we going to do?--"We'll be the first to go under," says W., "we're weak. Gin?" Yes to gin, no to the apocalypse. What time is it? Already late, though you can never be sure in the shuttered living room.

Yes to gin. Open the shutters; enjoy your weekend.
Posted by Levi Stahl at 7:46 PM