The gang's all here, or, Donald Westlake's Drowned Hopes 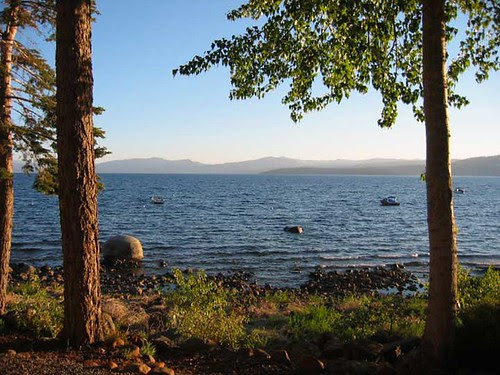 The best of the Donald Westlake books I read last week was easily Drowned Hopes (1990), the seventh Dortmunder novel. When I was halfway through it, I called it the Butcher's Moon of the Dortmunder novels in my Twitter feed, and the last half of the book did nothing to dissuade me from that opinion: like Butcher's Moon, it's longer and more complicated than the other books in the series, it brings together almost all the recurring characters--and shows them at their best--and it offers echoes and reminders of the earlier books. Every one of Westlake's tricks works in this book: the plotting is wildly inventive--the book spills over with plots and side-plots and incidents, getting crazier and crazier each time--and the comedy is wonderfully handled.

The plot is best left mostly to be discovered as you read: suffice it to say that it finds Dortmunder having to come up with some completely insane heists as a result of a sort of ethical blackmail--the entire book is in some ways a reminder that, at least when it comes to Dortmunder and his gang, there is honor among thieves. Oh, and there's a scuba-diving car, a crazy coot on a fifty-year mission of revenge, a confused repo man, a snooping librarian, and a mean hangover that Dortmunder somehow manages to acquire while being held prisoner.

The comed is the usual Westlake mix of careful observation of general human oddity and the judicious use of his recurring characters and their familiar peculiarities. This scene, a wedding in a sleepy upstate New York town that, for complicated and ridiculous reasons, Dortmunder and the crew have to crash, is a nice example of the former:

Relatives of the bride continued to predominate for the first ten minutes or so; giggling awkward large-jointed people wearing their "best" clothes, saved for weddings, funerals, Easter, and appearances in court. Soon this group began to be supplemented by members of the groom's family: skinnier, shorter, snake-hipped people with can-opener noses and no asses, dressed in Naugahyde jackets and polyester shirts and vinyl trousers and plastic shoes, as though they weren't human beings at all but were actually a chain dental service's waiting room.

The guests are seated, and the minister ascends the pulpit:

His voice went on, for some extended time, but the words did not enter one brain in that church. A great glazed comatosity o'ercame the congregation, a state of slow enchantment like that in the forest in A Midsummer Night's Dream. Like the residents of Brigadoon, the people in the church drifted in a long and dreamless sleep, freed of struggle and expectation.

Westlake is thought of as a master of near-madcap comedy, but the comic touch in that scene is gentle, even subtle. The passage also reminds us of Westlake's debt to Wodehouse, the way he will occasionally pull back from the onrush of the plot and simply savor a scene, letting his language have its head (and thus its fun) a bit.

And then there's the gang. The following scene, which finds them scrambling to come up with a new plan for the heist after Dortmunder refuses to continue, made me laugh out loud. As they fight through Midtown in Murch's Mom's cab, Dortmunder's lady friend, May, asks if anyone has ideas:

There was an uncomfortable silence in the cab, punctuated by Mom's maledictions against the world of drivers and pedestrians and New York City traffic conditions generally. At last Tiny spread his catcher's-mitt hands and said, "May, that ain't my field. I pick up heavy things, I move them, I put them down, that's what I do. Sometimes I persuade people to change their minds about certain things. I'm a specialist, May, and that's my specialty."

"He is," his Mom said, as she swerved around a wallowing stretch limo driven by a Middle Eastern refugee who'd cleared Customs & Immigration earlier that morning. "I'm his mother, but I've got to admit it, my boy Stan is a good driver."

"The best," Stan corrected. "But, May, I don't do plans. Getaways I can do. Vehicles I can drive; there isn't a thing in the world with wheels and a motor I can't drive. I could give Tom Jimson very professional advice on how he'll never get away from that county if he blows the dam, but that's about it from me."

May said, "Andy? What about you? You have millions of ideas."

"God damn the State of New York!" Mom cried, sideslipping past a pipe-smoking psychiatrist in a Mercury Macabre. "They give anybody a license to drive a car!"

Drowned Hopes is a joy, start to finish, the perfect read to get you through the final weeks of this long, long winter.
Posted by Levi Stahl at 9:11 PM