"It's late October, the sun a coin barely flipped above the horizon." 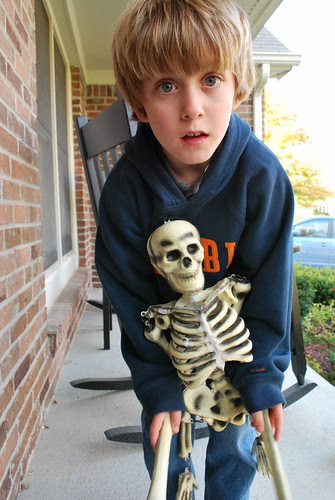 In the forest, you may find yourself lost, without companions. You may come to a river which is not on a map. You may lose sight of your quarry, and forget why you are there. You may meet a dwarf, or the living Christ, or an old enemy of yours; or a new enemy, one you do not know until you see his face appear between the rustling leaves, and see the glint of his dagger. For a moment, before you don't recognise her, you will think she is someone you know.

What better way, as weekend of chilly squalls emphatically ushers in autumn, to close out blogging about Hilary Mantel than to let her carry us tonally into October country. Her Thomas Cromwell, though far from superstitious, finds the dead ever-present to his agile, restless mind, his old patron Cardinal Wolsey or his late wife flitting around the edges of the rooms they once inhabited, reminders of the tenuous grip we all hold on life, even he, Cromwell, that fierce bulldog of a man.

He seems to be alone, but there is a dry scent in the room, a cinnamon warmth, that makes him think that the cardinal must be in the shadows, holding the pithed orange, packed with spices, that he always carried when he was among a press of people. The dead, for sure, would want to ward off the scent of the living.

And outside the thick walls of his house, in the winding and dangerous streets, where the night is nearly as black as in the heart of a forest, Halloween is coming--that's its voice in the chimney, its shrieking 'round the eaves.

Halloween: the world's edge seeps and bleeds. This is the time when the tally-keepers of Purgatory, its clerks and gaolers, listen to the living, who are praying for the dead.

As in previous years, this blog will spend October as haunted as I can manage to make it. Better lay in your stock of candles and comforts now, for night falls fast this time of year, and a late knock at the door is better left unanswered.
Posted by Levi Stahl at 6:00 PM