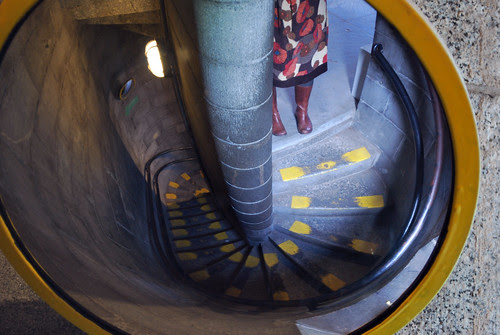 In The Mirror of Ideas (1998), Michel Tournier contrasts Casanova and history's other great seducer, Don Juan. Of the latter Tournier writes,

It has been said that he did not like women, that he disdained them. He treats them like prey, and the list of his conquests read by the valet Leporello [in Tirso de Molina's The Seducer of Seville] is no more than a list of kills. Such is the eternity of Don Juan that he lives on among the young toughs of the suburbs whose favorite sport is "scoring with chicks."* But for Don Juan, sex is inseparable from religion. Woman is the great temptress, and the man who succumbs to her evil charms is damned.

Casanova, on the other hand, "a poor commoner, relies on his personal charm to seduce, and

Even though he is not handsome, women cannot resist him because they know from the beginning that he loves them with all his body and all his heart. . . . Wandering adventurer, gambler, cheater, incorrigibly unfaithful, he is nevertheless loved because he loves the whole woman, including her most intimate secrets.

For Casanova, the object of his desire is paramount. It is not, as with Don Juan, about notching another conquest; rather, it is about the fact that women are what interests him most of all the world's glittering beauties, and that, as Stefan Zweig notes in his brief study of Casanova, he loves to make them happy:

To Casanova, the first and last word of enjoyment, and all enjoyment that lies between, is to see women happy, amazed with delight, rapturous, laughing, carried out of themselves. As long as he has money left, he lavishes presents on the woman of his momentary choice, flatters her vanity with luxurious trifles, loves to deck her out splendidly, loves to wrap her in costly laces before he unclothes her that he may enjoy her nakedness, loves to surprise her with gifts more expensive than she has ever dreamed of, loves to overwhelm her with the tokens of his extravagant passion. He is like one of the gods of Hellas, a bounteous Zeus, that thereafter he speedily vanishes into the clouds. "I have always loved women madly, but I have always preferred freedom even to them." This increases his attraction, for the stormy phenomena of his appearance and disappearance enshrine him in their memory as something unwonted which has brought them rapturous delight, so that association with him is never staled by habit.

Every one of these women feel that Casanova would be impossible as a husband, as a faithful Celadon; but as a lover, as a god of a passing night, they will never forget him.

That is what makes Casanova so delightful, reading his memoirs so relatively guilt-free. Oh, when you get right down to it, no, of course Casanova can't be defended; no matter how convincing his portrait of himself as Don Juan's opposite, he surely left some damage in his wake.** But he is never caustic, never cruel, never inattentive; his whole existence is built on attention to the present moment (and the lady of it). The future is unknowable, the past negligible, the present all--and the verve implied by such a worldview is irresistible.

I sought out Tournier's thoughts on the pair of seducers because, by coincidence, the book I read last week right after Zweig's Casanova, Steven Millhauser's The King in the Tree (2003), features a novella about Don Juan. Millhauser's Don Juan, like so many of his characters, is weary, a bit confused, and beginning, against his wishes, to suspect that the very foundations of his life might be cheap constructs of paste and muslin:

In his brief life he had bedded more than two thousand women and killed fourteen men--five in duels, eight in self-defense, and one by mistake, through a curtain at which he was thrusting in sheer high spirits. He feared no man, mocked the machinery of heaven, and was heard to say that the devil was a puppet invented by a bishop to frighten children in the nursery. Men envied him, women of stainless virtue stood in the window to watch him ride by. And yet this man, who walked the earth like an immortal, who did whatever was pleasing to him and who satisfied his every desire, felt that a darkness had fallen across his spirit. . . . He was not bored. Don Juan didn't know whether he loved women,but he knew that he loved the pursuit and conquest of women, loved the feeling that he was following pleasure to the farthest edges of his nature. No, he felt restless in some other way, dissatisfied deep in his blood; and he began to feel that he was looking for something, though he didn't know what it was, exactly, or where he might find it.

Millhauser's Don Juan has, to put it crudely, lost his mojo, and that loss--the exploration of vaguely understood loss being Millhauser's metier--transforms him into, for the first time, a sympathetic character. The love triangle into which Millhauser leads Don Juan is wonderfully imagined and rendered, and the denouement (which perhaps shouldn't surprise either Don Juan or us, but does) is perfect.