Over the weekend, I spent some more time dipping into the second volume of the correspondence of George Lyttelton and Rupert Hart-Davis, and I happened across a couple of brief references to Lyttelton's friend M. R. James, scholar and writer of ghost stories, that seemed worth passing on.

First, from a Lyttelton letter of September 13, 1957 ("Friday!" interjects Lyttleton in his own dateline):

It is time we met again and had a long crack, feet on fender. . . . A monstrous suggestion to make to an overworked publisher--or would be if I didn't know you have that engaging and impressive trait of M. R. James, i. e. however busy he was, he was always ready for a talk.

A trait to aspire to, no?. And one that is particularly irritating not to possess, for the only things preventing us are our solipsism and our well-nurtured sense that the world should accommodate itself to our timetables, other folks be damned. How better to be like James, ready to listen at any time.

That accords with a further sketch of James's personality that Lyttelton presents in a letter from October 9, 1957:

I was particularly pleased to meet Edmund Blunden again. One gets in his company the same--what shall I call it?--easeful satisfaction that one used to get from Monty James. It comes--doesn't it?--when great kindliness of heart accompanies great distinction of mind. I remember M.R.J.'s cordial listening to a story which I knew he knew, and on another occasion to a man making assertions about the history of some cathedral which were so wrong that they had to be corrected, but how gently and beautifully M.R.J. did it.

Interestingly, it seems that many of James's contemporaries, while agreeing about his kindness, wouldn't have said the same about his "distinction of mind." Darryl Jones, in the introduction to the recent Oxford University Press of James's Collected Ghost Stories (1931), writes,

His extraordinary intellectual capacities were matched by a commensurate anti-intellectualism which amounted, at times, to a genuine fear of ideas--a fear which his stories, with their consistent themes of the danger of knowledge, reflect quite clearly.

He offers an amusing example:

His longtime King's colleague Nathaniel Wedd recalled James's admonishing two students who were discussing a philosophical problem: "He rapped sharply on the table with his pipe, and called out: 'No thinking gentlemen, please.'"

James's friend A. C. Benson, who also wrote ghost stories, said of him,

[His] mind is the mind of a nice child--he hates and fears all problems, all speculation, all originality or novelty of view. His spirit is both timid and unadventurous. he is much abler than I am, much better, much more effective--yet I feel that he is a kind of child.

Children of course can be terribly cruel, but a kind child can be a marvel, ready to take the time to talk, and listen, and be patient with others. 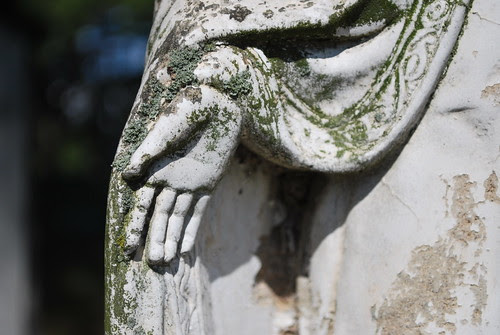 Michael Chabon, in his introduction to a pocket collection of James's stories from OUP, Casting the Runes, tries to figure out the roots of the frightening visions that came from the pen of this writer who "seems, for the entire duration of his life, to have considered himself the happiest of men.":

And what of the childhood fascination with the tortures suffered by Christian martyrs, each date and gruesome detail of beheadings, immolations, and dismemberments lovingly memorized the way some boys memorize batting averages? And the spectral face at the garden gate, pale and wide-eyed, reeking of evil, that one evening peered back at the young James across the lawn as he looked out through the windows of the rectory? And the intimate eleven-year friendship with a man named McBryde, illustrator of some of James's best stories, traveling companion and inseparable confidante, whose rather late marriage in 1903 was followed, scarcely a year later, by his untimely death? And the boys, the tens upon hundreds of thousands of boys of Eton and King's on whom James had lavished his great teacherly gifts, cut down in the battlefields of Belgium and France? And the empty lawns, deserted commons and dining halls, the utter desolation of Cambridge in 1918?

But perhaps we don't need to look that far, or dig that deep, to find the origins of James's horrors. For really, who better to write ghost stories than the timid, who if he looks can find fear in everything? Or, as Chabon concludes:

Violence ,horror, grim retribution, the sudden revulsion of the soul--these things, then, are independent of happiness or suffering. A man who looks closely and carefully at life, whether pitiable as Poe or enviable as the Provost of Eton, cannot fail to see them.

On a drizzly August Monday, hints of autumn are in the air. October, with its darkness and its stories, is just around the corner.
Posted by Levi Stahl at 3:11 PM