"Your time is short, watery Palinurus. What do you believe?", or, Connolly in Lemuria 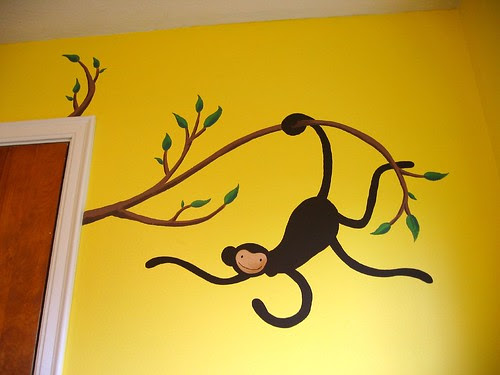 a man who wandered slowly and purposefully through the vast territories of the written word. . . . He loved literature, and his whole life was given over to expressing that love.

--which would seem to fit with Anthony Powell's assessment, more generous than it sounds at first blush, that

Connolly's outstanding quality is his pervasiveness, his determination that you are going to like what he likes.

Despite its melancholy overtones, Connolly's magpie masterpiece The Unquiet Grave (1944) demonstrates that enthusiasm, piling quotation after quotation, thought after thought from and about his favorite writers into a sort of literary hedge against the physical and emotional oblivion of the Blitz. With its thumbnail sketches, parables, epigrams, and aphorisms, it feels like a writer's notebook. But rather than pillage it for a novel, Connolly published it as is, perhaps taking his own advice:

Those who are consumed with curiosity about other people but do not love them should write maxims, for no one can become a novelist unless he love his fellow-men.

So rather than being ceded to an imagined character, aphorisms like this one--

Money talks through the rich as alcohol swaggers in the drunken, calling softly to itself to unite into the lava flow which petrifies all it touches.

--remain the property of Connolly himself; similarly, an observation like this one--

It is the fear of middle-age in the young, and of old-age in the middle-aged, which is the prime cause of infidelity, that infallible rejuvenator.

--stripped of any distancing context, is difficult not to see as a reflection on Connolly's own vexed relationship to marriage.

Even leaving aside possible biographical links, The Unquiet Grave is full of casually interesting thoughts:

How many people drop in on us? That is a criterion of friendship.

Imprisoned in every fat man a thin one is wildly signalling to be let out.

To sit late in a restaurant (especially when one has to pay the bill) or over a long meal after a cocktail party is particularly conducive to Angst, which does not affect us after snacks taken in an armchair with a book.

Not everything Connolly includes is of interest; some ideas, as is bound to be the case in any writer's notebook, remain inert on the page. For example, this question-and-answer seems like warmed-over Lichtenberg or Kafka:

Why do sole and turbot borrow the colours and even the contours of the sea-bottom? Out of self-protection? No, out of self-disgust.

That passage also hints at the pretension that dogs The Unquiet Grave, forever threatening to overwhelm it, especially in the too-common passages of untranslated French and Latin. But for the most part pretension is held at bay by Connolly's wit, self-deprecation, and unexpected humor, as in this "Message from the Id":

If you would collect women instead of books I think I could help you.

Or this pleasantly idiosyncratic list of stimulants, which pops up in the midst of a meditation on the ways to properly feed the brain:

So do heights, wet days, south-west gales, hotel bedroom in Paris and windows overlooking harbours. Also snow, frost, the electric bell outside a cinema at night, sex-life and fever.

Which brings me to my favorite moment in the book, when Connolly writes lovingly absurd obituaries for two lemur "houseghosts" who lived with him and his wife along the Mediterranean, one of which sometimes traveled with him by bicycle, "buttoned up inside my jacket with his head sticking out." The lemur Whoopee is described as "gentle and fearless," given to taunting dogs, but it's in the obituary for the other lemur, Polyp, that Connolly really begins to shine:

Most gifted of lemurs, who hated airplanes in the sky, on the screen, and even on the wireless. How he would have hated this war! He could play in the snow or swim in a river or conduct himself in a night-club; he judged human beings by their voices; biting some, purring over others, while for one or two well-seasoned old ladies he would brandish a black prickle-studded penis, shaped like a eucalyptus seed. Using his tail as an aerial, he would lollop through long grass to welcome his owners, embracing them with little cries and offering them a lustration from his purple tongue and currycomb teeth. His manners were those of some spoiled young Maharajah, his intelligence not inferior, his heart all delicacy--women, gin and muscats were his only weaknesses. Alas, he died of pneumonia when we scolded him for coughing , and with him vanished the sea-purple cicada kingdom of calanque an stone-pipe and the concept of life as an arrogant private dream shared by two.

By the end, not only has Connolly convinced us, undoubtedly, to like what he likes, these "wild ghost faces from a lost continent who soon will be extinct," but he's seamlessly drawn their loss into the larger story of his own losses, of his crumbling marriage and the war to come.

It seems only fair to end this with a note labeled "Birthday resolution," which gleams hopefully amid the surrounding melancholy:

From now on specialize; never again make any concession to the ninety-nine parts of you which are like everybody else at the expense of the one which is unique. Never listen to the False Self talking.

Though Connolly had turned forty by the time he completed The Unquiet Grave, that resolution seems admirably like the thought of a young man, still at home in the unusual and confident in his powers; the memorable bricolage of The Unquiet Grave is a unique testament to both qualities.
Posted by Levi Stahl at 9:13 PM